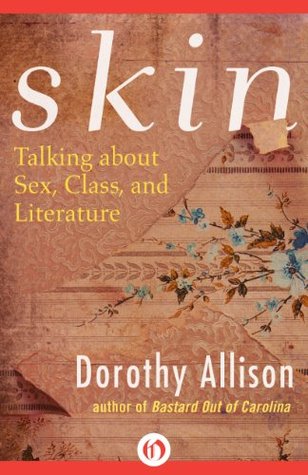 Through this collection of inspiring essays and other writing produced over the years, Allison distills the essence of her life; the hard-fought battles that helped her to forge a ‘…meaningful politics…’ (35).

Truth, lies, and identity are themes which dominate this anthology in which she gives the reader access to her interior life, so we understand the emotional and intellectual struggles she went through as she navigated a hostile and dangerous world.

With a courageous candor that grounds her work, the author tells us that: “I have known I was a lesbian since I was a teenager, and I have spent a good twenty years making peace with the effects of incest and physical abuse. But what may be the central fact of my life is that I was born in 1949 in Greensville, South Carolina, the bastard daughter of a white woman from a desperately poor family, a girl who had left the seventh grade the year before, worked as a waitress, and was just a month past fifteen when she had me” (15). She continues: “My family’s lives were not on television, not in books…There was a myth of the poor in this country, but it did not include us, no matter how hard I tried to squeeze us in. There was an idea of the good poor―hard-working, ragged but clean, and intrinsically honorable. I understood that we were the bad poor: men who drank and couldn’t keep a job; women, invariably pregnant before marriage, who quickly became worn, fat, and old from working too many hours and bearing too many children…We knew ourselves despised. My family was ashamed of being poor, of feeling hopeless…” (17, 18).

Against all odds, the author goes on to be the first person in her family to graduate from high school, and then the first to go to college. This was facilitated by the family’s move to Central Florida in the 1960s.

Allison shares the harrowing experiences of being held up twice in the chapter Never Expected to Live Forever. She begins with the story of being held up on a street, and smoothly transitions to an earlier occasion during her college years when she was robbed at a dairy store, where she worked to help cover costs. The author repeats the phrase that was whispered to her on the street “I don’t want to hurt you” (37), to dramatically bring the reader back to the first incident (42).

In the next chapter Gun Crazy Allison shares her desire to own a gun and shoot like all her uncles. Her uncle Bo tells her “Girls don’t shoot” (46). The topic of guns appears again in the subsequent chapter Shotgun Strategies, in the context of confessional dreams of shooting sexual abusers. It was at this lesbian consciousness-raising group that the author began, for the first time in her life, to talk about the beatings and rape she endured at the hands of her stepfather. It was also here that she learned for the first time that violence and abuse spanned all classes in society.

“The world told us that we were being spanked, not beaten, and that violent contempt for girl children was ordinary, nothing to complain about. The world lied, and we lied, and lying becomes a habit…What I have taught myself to do is to craft truth out of storytelling” (55).

In her quest to belong, to find validation, Allison found all available theories on class and race inadequate and self-serving. And, to her utter despair, she also found that her sexual identity which had been historically labelled as ‘deviant desire’ did not fit into the feminist theoretical construct of ‘lesbian’ either. She described herself as “…a transgressive lesbian―femme, masochistic, as sexually aggressive as the women I seek out, and as pornographic in my imagination and sexual activities as the heterosexual hegemony has ever believed” (23). In the service of truth, she had no choice then but to endeavor to create a complex identity for herself, and to write herself into the literary canon from which she was missing. She states: “If Literature was a dishonest system by which the work of mediocre men and women could be praised for how it fit into a belief system that devalued women, queers, people of color, and the poor, then how could I try to become part of it?” (171)

Her commitment to “…break the public silence that has maintained so much private terror” (119), and write about her sexuality explicitly produced a backlash within society at large, but also, shockingly, within the feminist movement. This is detailed in the chapter Public Silence, Private Terror. When I read about the Barnard Sex Scandal of 1982 (105), I did not recall reading about it on earlier pages, so I was eager to discover the details. The tension grew, until Allison finally revealed everything two pages later.

Allison tells us: “I believe in the truth. I believe in the truth in the way only a person who has been denied any use of it can believe in it. I know its power. I know the threat it represents to a world constructed on lies…I know the myths of the family that thread through our society’s literature, music, politics―and I know the reality. The reality is that for many of us family was as much the incubator of despair as the safe nurturing haven the myths promised. We are not supposed to talk about our real family lives, especially if our families do not duplicate the mythical heterosexual model” (215). Regardless of the personal cost, she implores: “…Imagine me. I was born to die. I know that. If I could have found what I needed at thirteen, I would not have lost so much of my life chasing vindication or death. Give some child, some thirteen-year-old, the hope of the remade life. Tell the truth. Write the story that you were always afraid to tell” (220). She also states: “The first rule I learned in writing was to love the people I wrote about―and loving my mama, loving myself, was not simple in any sense. We had not been raised to love ourselves, only to refuse to admit how much we might hate ourselves” (237).

I could continue to write about the author’s use of simile in the chapter Bertha Harris, a Memoir, and how she lovingly and beautifully weaves the stories of “The two most important women in [her] life― [her] mother and [her] first lover…” (225), or about the humor sprinkled throughout the pages, but then I run the risk of this annotation becoming as long as the book itself.

As a feminist with working-class roots I picked up this book hoping to find myself on its pages. Unlike Allison’s own quest to see reflections of herself in literature she read, I was not disappointed.

I hope I can both emulate Allison’s courage and find the love (or at a minimum the empathy) I need to write the story I am afraid to tell. The story I wish I could have read growing up.