Where does a person begin with Junot Diaz’s The Brief Wondrous Life Of Oscar Wao?  I loved this novel, and have enjoyed discussing it with my peers.  The book was simply amazing.  Diaz’s voice is fresh, funny and exudes a sincerity and authenticity that is so unique in my opinion.  I do not read Diaz’s words, I live his story.

He is a master of characters and complex stories with several layers.  I cared about every single character in this story, even those who might not have been the most likeable.  On the surface, one thinks that this is a story about Oscar Wao and his life that was much too short but it’s really the story of his life, his family, and about their family fuku, a concept that I absolutely loved.

Diaz’s story is also rich in history and culture and the novel takes place or covers a very turbulent time in the Dominican Republic’s history.  Diaz’s use of Spanish, English, and his own twist on Spanglish only adds to the authenticity and culture of this novel.  He also did a great job with his nerdy language and in way gave the reader a taste of his own kind of nerd culture, which was awesome.

Something I found interesting was how Diaz uses footnotes in this novel.  I don’t think I’ve ever seen footnotes in fiction before, and if I have obviously not often.  When I think of footnotes, I think of stuffy, boring words to further reference a boring, bland topic.  Diaz’s footnotes are as engaging as his voice in the novel and his characters.  They give the reader information that is needed and/or valuable but do so with the same kind of fresh, humorous and engaging voice as the rest of his prose.

As a writer, I can only hope to have a voice as strong as Diaz’s in this novel, from his prose to his footnotes.  It is certainly the key to the novel’s sincerity.  Another thing I would hope to take away is his skill in creating characters you can’t help but become invested in, no matter how minute they are in the grand scheme of things.  It’s apparent that Diaz knows the ins and outs of his characters down to her/his last idiosyncrasy and it certainly makes the difference.

It’s remarkable to me how Diaz pulls from his own life so creatively.  I had nothing but the highest of expectations for this novel after reading Drown by Junot Diaz and this book did not only not disappoint them, it exceeded them. 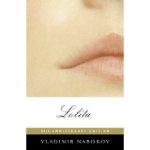 Nabokov became a favorite of mine after I read The Real Life of Sebastian Knight in graduate school. I then devoured his masterpiece, Lolita, which cemented that conviction. His writing is such a joy to read that as soon as I finished the book I started it over again, hungry for more of Humbert Humbert’s (HH’s) world. Through gorgeous and clever use of language(s), remarkable pacing, fabulous detail, and astute character development, Nabokov pulled me into this fictional memoir as if I were entering a prism. I was never quite certain what was “real” and what was reflection as the scenes swirled around me.

Nabokov playfully engages us by giving us precedents and clues for every event in the book, ranging from his childhood love for twelve-year-old Annabel to his ex-wife Valeria’s death during childbirth. Even a random story HH recalls is a careful judgment on Nabokov’s part: the story, which occurred in Arles, is about the role that chance played when a jealous lover stabbed a woman to death while her new husband tried to stop him; the killer escaped when, “by a miraculous and beautiful coincidence,” an explosion occurred. These events of course foreshadow Humbert’s love of the nymphet Lolita, her later death in childbirth, and HH’s toying with the idea of drowning Lolita’s mother (but he didn’t have to, because she was hit by a car). Even Clare Quilty, who follows Humbert and Lolita across the country in an Aztec red convertible (as if they wouldn’t notice?), is Nabokov being playful, drawing us in to unravel the clues. Who knows, perhaps the entire Lolita  portion of the “memoir” was meant to be a figment of a madman’s (HH’s) imagination. What I took from all this—I think—is the magnificent possibilities of the novel, the moods and layers of consciousness that can be created on the page through masterful story-telling. I want to write like that. (Who wouldn’t?)

Nabokov’s use of pacing was instructive too. As Humbert’s insanity grows, his sentences become shorter, his imagery more concrete. From the last part of the story, when HH is determined to murder the man who took Dolly away from him, to the part where he has done the deed and decides to drive on the wrong side of the road (love that symbolism), the action is slowed way down. Every detail, from the ditch and the mud to the bullets and blood, is heightened.

In terms of character development, HH is absolutely convincing and, at the end of the story when he finds Lolita again, even empathetic. In his realization that he loves her completely—despite the fact that she is no longer a nymphet—and his awakening to the degree to which he has ruined her childhood, his pain is palpable. This part in particular moved me because of my interest in empathetic villains (I did a critical paper on their development in works by Capote, Stahl, and Highsmith). Humbert’s actions were despicable, but in his suffering, he became human and vulnerable. Someone like us.

Nabokov said in his note at the end of the book that he intended no message with this story, and I can buy that—I think it was a vehicle that enabled him to attain a level he could not have achieved with a tamer subject. He had to dig deep for this one. I’m aiming for something along those lines with my murderous main character. Years from now, I hope I can say my work was influenced by Vladimir Nabokov.